“… The Lord is my helper, I will not be afraid. What can mere mortals do to me?”

On 30 January, two pastors in Peshawar, Pakistan were shot by two gunmen on a motorcycle in a suspected terrorist attack. Pastor William Siraj, 75, was killed and Rev. Patrick Naeem was taken to hospital but thankfully discharged without injury. They were driving home after leading a Sunday morning service. 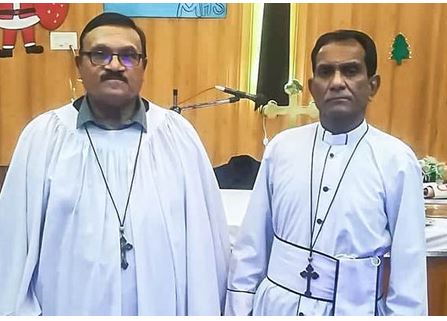 This latest attack and a fresh wave of incidents targeting Pakistan’s Christian community have left believers fearful. So far, no group has claimed responsibility for the attack, which the police are still investigating.

Pastor Siraj’s funeral was held on 31 January at All Saints Church, the very church where on 22 September 2013 two suicide bombers had killed as many as 127 people, including an estimated 37 children, and injured a further 170.

One of the martyrs was Pastor Siraj’s son-in-law. He had been supporting his daughter in the years since her widowing, and often ministered to the families of other victims.

While Christians make up only 1.9 percent of the population, this still totals roughly 4.1 million people. Pakistan is currently eighth on the Open Doors World Watch List of countries where Christians face the most persecution. Believers not only face the threat of death and violence, but also discrimination because of blasphemy laws.

We pray for our brothers and sisters in Pakistan and the persecution they are experiencing right now. We can’t imagine the fear they live under every day and ask for your Word and your everlasting peace to comfort them in the midst of this terror.

We also ask for peace and a permanent cease to any further would-be attacks on Christians in Pakistan. We ask you to change the hearts of those who seek harm and deliver them out of the darkness they live in by shining your light on them through the power of the gospel.

We pray for the family of Pastor William Siraj and all who have been victims of all these terrible attacks over the years. We ask for your comfort to envelop them in the midst of their sorrow, for your joy to be their strength, and for your love to help them forgive.

We also pray for the government and authorities of Pakistan, that they would provide protection and support to the Christian minority and stop such attacks. We ask for their hearts to be moved by compassion and for the message of the cross of Christ to be continuously preached throughout the country without fear.

Lord! Please hear our prayer. We ask it all in the name of your son, Jesus the Christ. Amen.