Afterward Moses and Aaron went and said to Pharaoh, “Thus says the LORD, the God of Israel, ‘Let my people go, that they may hold a feast to me in the wilderness.’”  (Exodus 5:1 ESV) 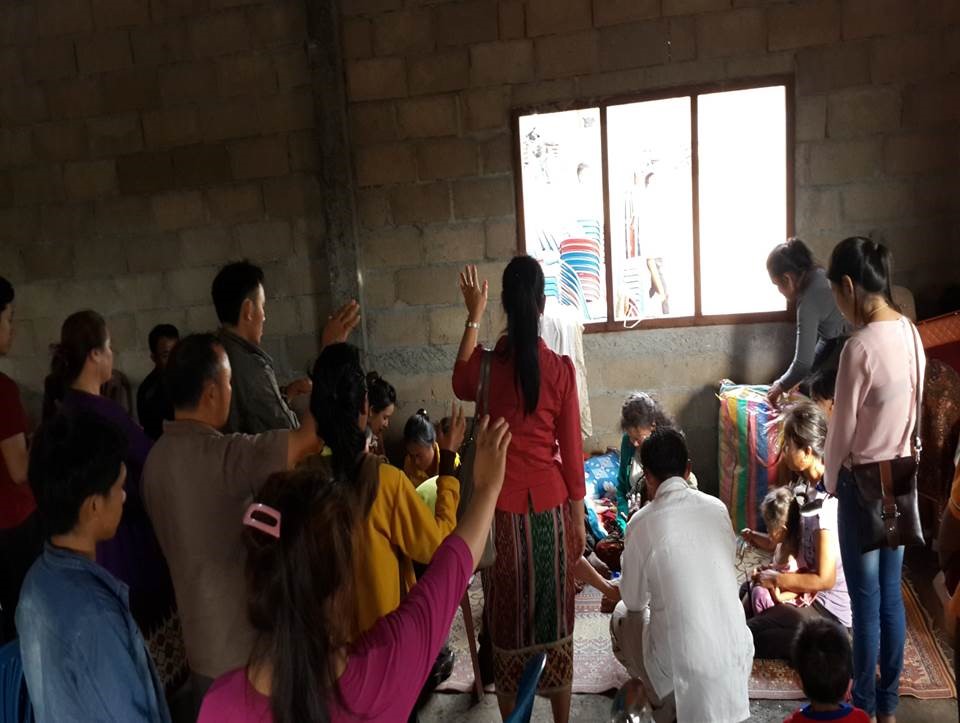 Seven Christians in southern Laos are now living in the forest after refusing to recant their faith. Local authorities evicted members of two families from the village of Pasing-Kang in the Ta-Oesy district in southern Salavan province on 10 October. The village authorities have banned relatives and others from helping them as they struggle to survive. Even family members say they are too scared to help and fear they too will be forced out from the village if they do so.

A Lao Front for the National Construction (LFNC) official from the province said he was waiting for information about the case. “Things have been quiet,” he said. “Their religious leader just came here and spoke with the Office of Religious Affairs.” The Lao Evangelical Church (LEC) is closely monitoring the situation and trying to find a solution to the unfair treatment.

Meanwhile, four Christian men have been languishing in jail for months for wanting to hold a Christian funeral, which officials said would have violated local customs and traditions. The four were detained in early July in Khammouane province after they travelled to a village to participate in the last rites for a deceased fellow believer.

Last year, the government approved the Constitution of the LEC, which allows Christians the right to conduct services and preach throughout the country and to maintain contact with other believers. Last month, the LEC together with the Interior Ministry and the LFNC held seminars in Bolikhamxay, Bokeo and Savannakhet provinces to inform rural authorities on the new law, with similar meetings planned in other areas.

Although the number of people arrested in Laos for following Jesus has decreased in recent years, cases of abuse are still reported in remote rural areas. Most Laotians view Christianity as a Western religion. Many also believe Christians anger the spirits when they refuse to participate in village rituals. House churches and church buildings exist, but the vast majority do not have a trained pastor. In most villages, no church buildings are allowed. If village leaders notice that a house church is growing, they will try to stop it. Christians often are unable to get jobs, most of which are through the government, and they commonly are denied medical treatment, education and other social services. There are no open Bible schools in the country.

We thank you for all the times you have rescued and comforted your people when they have been cast into the wilderness. We pray for these seven Laotians who because of their faith have been cast into the forest and need to rely on you to survive. We pray that notwithstanding people not being able to help them, you will provide them with the sustenance they need to survive and thrive in the forest. We give thanks for the strong faith these people have in you in order to be willing to suffer in your name. We pray that their example will be an encouragement to others. We pray also for their families and friends who live in terror and are afraid for these seven Christians. Please provide them the strength they need in facing persecution.

We pray as well for the four men still in jail as a result of wanting to hold a Christian funeral and the many other victims of religious persecution in Laos. We pray for the Lao Evangelical Church which is doing its best to assist these Christians. May their efforts at spreading your word be successful. We pray for all the pastors and believers who in spite of the trials they face are willing to stand up and proclaim your name. We pray that the Lao Evangelical Church will be successful in its efforts at making the governmental authorities in Laos stop hostile actions against Christian believers in Laos and permit true religious freedom to take place.

We pray that particularly in this difficult economic environment owing to COVID-19 that Christians will be able to get jobs and will receive the necessary medical treatment, education and other social services they require. We know that while we may need to live in the wilderness for a while, you will eventually bring us to glory. We give thanks for your Son, Jesus Christ and the Holy Spirit who sustain these seven Christians and all the others suffering persecution in Laos and elsewhere in Asia and the world. May we pray for them and pray for the church in Laos and pray that your justice will prevail.