“Woe to those who draw iniquity with cords of falsehood, who draw sin as with cart ropes”(Isaiah 5:18 ESV) 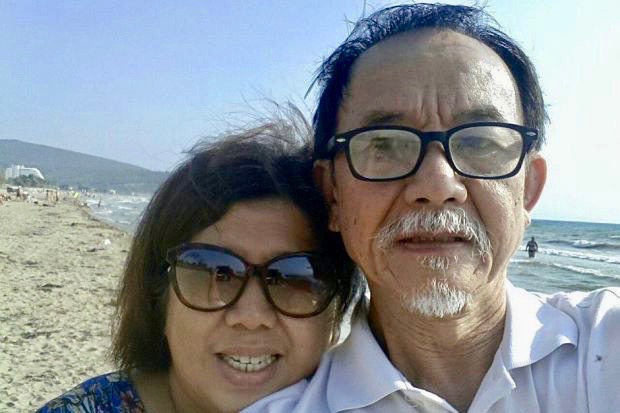 Three years after Malaysian pastor Raymond Koh went missing in broad daylight, the family filed a civil suit against the government and senior officials. His wife, Susanna Liew, said they had no other option but to turn to the courts to get justice in order to resolve the investigations into her husband’s disappearance. The suit named two former national police chiefs and 11 other defendants at the Kuala Lumpur High Court as the family observed the third anniversary of Pastor Koh’s abduction in February 2017.

The lawsuit comes four months after a similar one was filed in November 2019 by Norhayati Mohd Ariffin, the wife of activist Amri Che Mat, who has been missing since December 2016. Amri, co-founder of the Perlis Hope charity, left his home to meet a friend late one night in November 2016; the next morning, his car was found abandoned with its windscreen smashed. The Human Rights Commission of Malaysia (Suhakam) has just begun its investigation into the disappearance of another pastor, Joshua Hilmy, and his wife, Ruth Sitepu.

In a statement, Susanna Liew said if the police and their intelligence agency, the Malaysian Special Branch, had been capable of solving the murder of Kim Jong Nam, half-brother of North Korean leader Kim Jong Un, in a week, they should be capable of solving her husband’s disappearance. To this day, Liew has not received any ransom demands.

“Our hope is slowly fading, but because of faith in God, we still hang on. I believe Raymond is still alive and detained somewhere and we want them to be released as soon as possible. It is too long for the family to go on like that,” she said.

Pastor Koh founded Harapan Komuniti (Hope Community) in Kuala Lumpur, a charity that helps the poor, single mothers, and drug addicts. Security cameras captured footage of a group of men in tactical gear abducting him on a public road in the suburbs of Kuala Lumpur. Prior to this, the pastor had received a box of bullets in the mail, warning him to stop his work. Nevertheless, he persisted in his ministry.

In April 2019, Suhakam concluded in their public inquiry that the Special Branch was behind the enforced disappearances of Pastor Koh and Amri.

In July 2019, the government appointed a special task force to act upon Suhakam’s findings, but there have been no developments since then. Despite Liew meeting the ex-prime minister Tun Dr. Mahathir Mohamad and current prime minister Tan Sri Muhyiddin Yassin, Pastor Koh’s whereabouts and condition remain unknown and no one has been held accountable.

We pray for Pastor Raymond Koh, Amri Che Mat, Pastor Joshua Hilmy, Ruth Sitepu, and their families. We pray that you will keep them from harm’s way and let them know how you are holding them in the palm of your hand. Watch over them and keep them safe. Bring comfort to Susanna Liew, Norhayati Mohd Ariffin, and the other members of their families and congregations and organisations who care so much about them and have great worry about their conditions.

We pray for an end to the falsehoods which have been told in an attempt to avoid the truth. Evil is perpetrated even further with falsehood. The failure to pursue evil is evil. We pray that the police and other governmental authorities of Malaysia will finally take action to find these missing heroes and bring them back to the families and friends.

We pray for the churches who have been deprived of their pastors. We pray for Hope Community that the ministry will continue to bring God’s word of hope and peace and love to the poor, single mothers and drug addicts it cares for. Malaysia needs much more of this hope and peace and love that come only from you rather than violence and oppression.  We pray for all pastors in Malaysia and their congregations. We pray that you will keep them safe and protect them. We pray that the government of Malaysia will protect all its citizens, including Christians. Heavenly Father, you know the fate of these brave men and women who have suffered for the Good News you bring to all humankind. We give thanks for all they have done for us.  May you bless them and their families.