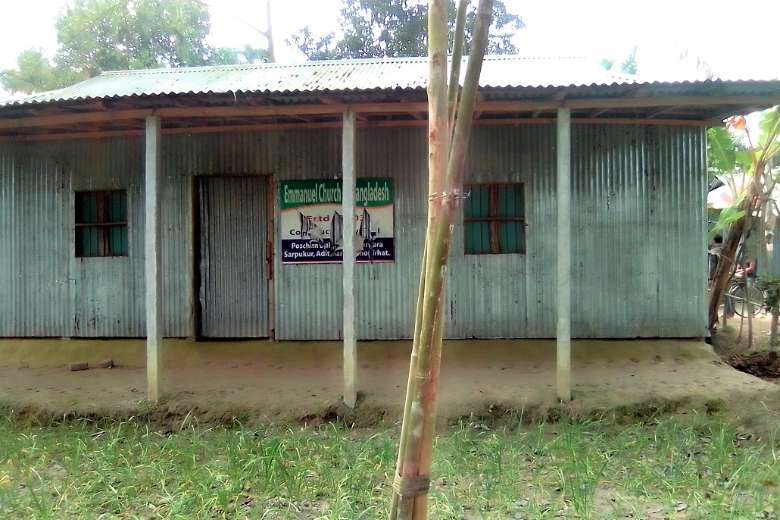 Christians in Bangladesh have called on the government to protect them after a group vandalized and looted a church in the northern part of the country.  Pastor Lovlu S. Levy of Emmanuel Church in Aditmari upazila, Lalmonirhat district, which is the northernmost part of the country, said four men on motorcycles broke the lock on the church door, damaged the church’s sign, and cut down trees. They also took 30 chairs and two floor mats worth 14,000 taka (US$165).

Pastor Levy said this was not the first time he and the church had come under attack and received threats. He received death threats in 2015 from extremists and in 2019 a group attacked him on his way to church.

Bangladesh continues to wrestle with Islamist militancy, which has been on the rise since 2013. The church has traced the recent violence against Christians to a locally organized waz mahfil (religious discussion). The hate speeches that resulted against minorities, especially Christians, have been circulated on social media platforms, such as YouTube and Facebook.

Pastor Levy said he has been afraid since the attack took place and the 46 members of the church are also living in fear: “Our constitution allows freedom of religion in the country but fundamentalists have put the freedom under threat. The waz mahfil made various provocative statements about minorities and especially Christians, which encouraged the fundamentalists to attack our church.”

The church filed a complaint at the local police station, but the police have so far failed to take any action or arrest those involved. Instead, local Muslim leaders have accused the pastor of converting Muslims. The police have since dismissed the incident as a land dispute and denied the presence of any church, an officer even claiming there were no records or listing of the church in government documents.

The Bangladesh Christian Association rejected the claim, saying that they know the pastor and church well, and that they had provided blankets and some money for the church members before Christmas. The Association’s president, Nirmol Rozario, stated, “The incident is a result of the predominance of Islamic fundamentalists who want to intimidate Christians. The government must take proper action to stop such violence.”

Bangladesh is one of the world’s most densely populated countries, and has a moderate Muslim majority. The Christian population comprises less than 1 percent of the population, yet faces persecution from radical Muslim groups.

We ask for your blessing on the Christians in Bangladesh, and cry out in particular for the Emmanuel Church in Aditmari and their Pastor Levy. We ask that you protect them from further violence and attacks. We ask that they be left in peace to worship you without disturbance. We thank you for their songs of praise in your name in spite of the difficulties they face and their steadfastness in the face of suffering.

May your righteousness be an example for all in Bangladesh to put aside religious persecution and violence. We ask that the government of Bangladesh and local communities and the police take the necessary actions to protect the Christians of Emmanuel Church and all minorities in Bangladesh.

May we all pray for the Christians of Bangladesh and be emboldened by their courage to stand up ourselves for an end to religious persecution in Bangladesh and elsewhere in the world. Comfort the Christians who are fearful and keep them in the palm of your hand. May you guide us with your wisdom so that we may help persecuted Christians throughout the world to be able to worship you freely.

In Jesus’ name we pray.