“You shall serve the LORD your God, and he will bless your bread and your water, and I will take sickness away from among you.” (Exodus 23:25 ESV) 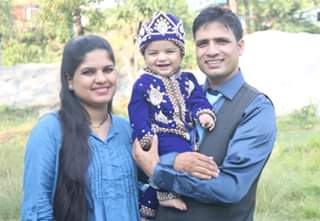 Junu Acharya, Pastor Acharya’s wife, said that her husband had received a call at night from an unknown man who asked for prayer for his sick wife. Pastor Acharya invited the man and his wife to his house for prayer. While she was being prayed for, four police officers turned up, surrounded and arrested him, then took him to the police station. Junu Acharya added, “I immediately called two of the brothers from our church who can drive and followed the police’s vehicle. I was afraid that he would be beaten up by police or would be taken somewhere else. I wanted to ensure that they were taking him to the police station.”

Christian leaders in Nepal have spoken out against the arrest of Pastor Acharya. Pastor Mukunda Sharma, Executive Secretary of the Nepal Christian Society, urged fairness from the District Superintendent of Police and no pressing of criminal charges. He told the District Superintendent that “the police cannot prosecute the pastor for exercising his faith and that it is a gross violation of human rights. He assured me that the pastor was taken into custody only for an inquiry.” C. B. Gahatraj, president of the Federation of National Christian Nepal, has stated that the practice of praying is not in conflict with the laws of Nepal.

This is the first time that a Christian in Nepal has been arrested for a message shared on social and other media. Christian leaders say that the arrest is turning into a high-profile issue, with Hindu fundamentalist groups linked to prominent political leaders taking an interest in the video.

We pray to you for all your suffering children during this COVID-19 crisis. We pray for all those who are suffering from the sickness and their loved ones. We pray for those who have lost their lives and their grieving families and friends. We pray that you will grant comfort to those who have lost jobs and income as a result of the virus. We pray for those who are depressed and suffering from being alone. We pray as well for Pastor Acharya and his family. We pray that he will continue to be able to serve the Lord and his flock and pray for his parishioners. We pray that they will receive the care they need when ill or in need of spiritual guidance. We pray that this does not signify religious intolerance in Nepal and that he will be released immediately. We pray that Christians will not be persecuted for their faith and you will comfort and guide them to be free of such persecution. We all must be one family under God to free ourselves from the sickness of sin.  Be with us all at this difficult time and ease our anxieties. Let us know that with You we have no reason to fear sickness, death or prison. You overcome all.

In Jesus’ name we pray. AMEN.

“The Lord is my light and my salvation — whom shall I fear? The Lord is the stronghold of my life — of whom shall I be afraid?  When evil men advance against me to devour my flesh, when my enemies and my foes attack me, they will stumble and fall. Though an army besiege me, my heart will not fear; though war break out against me, even then will I be confident.”            (Psalm 27:1–3 NIV)

Local officials in the Central Java province of Indonesia have obstructed the completion of a Baptist church building for the past six months. The officials refused to grant the required permit for completion after local Muslim residents opposed the construction in the Tlogosari area of Semarang, the provincial capital. Last year, the government asked the church to collect more than 60 signatures indicating approval from local residents, but even though the church collected 84 signatures, construction was still halted.

With no resolution in sight, the Baptist church has decided to take legal action to resolve the dispute. “The reasons for the rejection are changing, starting from falsified signatures, expired IMBs (permits) until finally, the residents’ refusal does not touch the issue of principle permits,” the church’s attorney, Zainal Arifin, said. Pastor Wahyudi of the church added, “We will continue to fight for this because if left unchecked it will set a bad precedent for freedom of religion and worship in Semarang.”

Last year, a local chief revoked the permit for a Pentecostal church in Indonesia’s special region of Yogyakarta after radical Muslim groups from the area made protests and threats. The official said the permit previously issued to the church did not meet requirements established by a 2006 joint ministerial decree regulating the construction of houses of worship. The church’s pastor, Tigor Yunus Sitorus, said he then asked members to attend services at other churches. In January, an agreement was made that the church would move to another village.

Religious tolerance in Indonesia has come under threat. In May 2018, a court in Tangerang, Java, sentenced Rev. Abraham Ben Moses to four years in prison for religious defamation for sharing his faith with a Muslim driver. And while Indonesian Muslims are generally seen as tolerant and moderate, radical Islamic groups have been seeking to promote a violent version of Islam.

Dear Heavenly Father, we lift up the persecuted church in Indonesia to you. Please give your sons and daughters there an extra dose of your strength, perseverance, peace, hope and faith, that they will stand strong against the forces of oppression. Lord, please touch the hearts of those who would seek to block the spread of your Word by halting construction of churches, and in other ways persecute your followers. Please convict these oppressors of the error of their ways, and help them to see you through your faithful sons and daughters as the one true God. Unite the divided land as only you can, Lord, as one family, all belonging to you. In Jesus’ name we pray. Amen.