A former Muslim cleric who converted to Christianity was sentenced to ten years in prison under Indonesia’s blasphemy law for allegedly offending Muslims across the country. 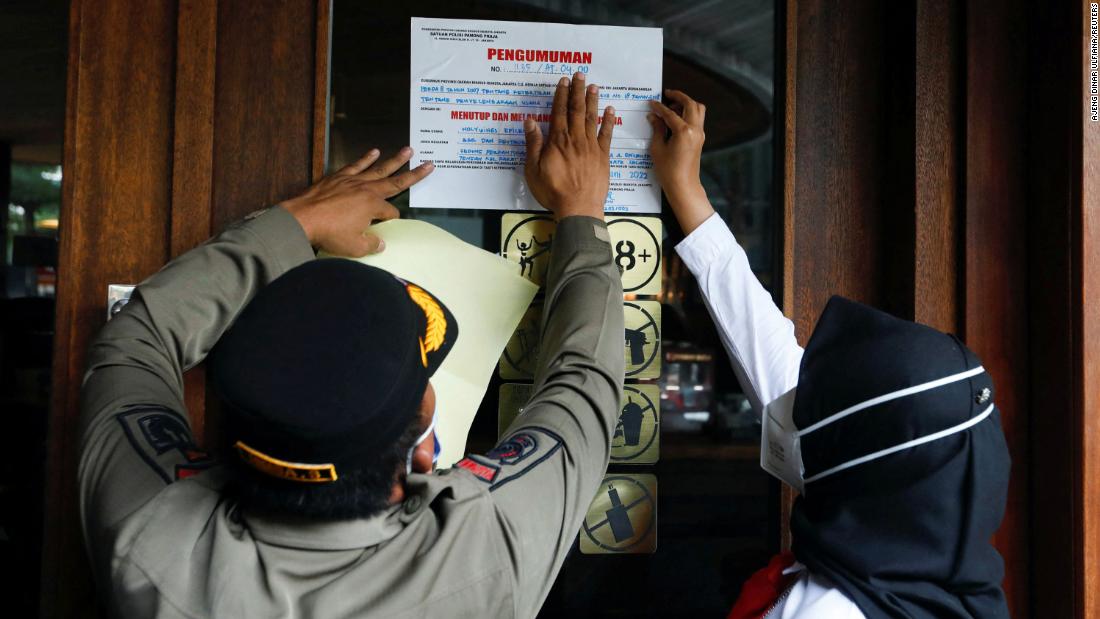 Muhammad Kace converted to Christianity in 2014. After his conversion, he began uploading videos to YouTube criticizing his former faith. He was arrested in Bali last August, following a sermon video in which he allegedly insulted the prophet Muhammad. The judges of Ciamis District Court in West Java agreed with prosecutors to sentence him for his offenses. Thousands of Muslims surrounded the court in support of the harsher indictment. While in detention, he had been brutally beaten by prison inmates.

Under Indonesia’s blasphemy law, offenders can be punished with up to five years in jail. But there is also a blasphemy provision of the Internet law, which carries a maximum term of ten years. Blasphemy prosecutions have become more common over the past two decades, undermining Indonesia’s reputation as a tolerant Islamic state. The blasphemy law has mostly been used against those deemed to have insulted Islam.

In June this year, police charged six people at the Holywings Bar and Restaurant chain with blasphemy over a promotion offering free alcoholic drinks for people named Mohammad or Maria. Jakarta’s Governor Anies Baswedan revoked the licence of all 12 outlets of the chain after complaints by religious groups. In 2017, Jakarta’s former governor Basuki “Ahok” Purnama, a Christian, was sentenced to two years’ imprisonment for blasphemy on charges widely seen as politically motivated.

Under Indonesia’s Pancasila policy which recognises Islam, Protestantism, Roman Catholicism, Hinduism, Buddhism, and Confucianism as major religions, the blasphemy law should defend against those who “distort” or “misrepresent” these faiths. But while Indonesia has jailed more than 150 people since the blasphemy law was passed in 1965, they have mostly been from religious minorities.

Christians should have the same rights as other religious groups. But in some regions, they face difficulties in getting permission to build churches. Local authorities often ignore requests by churches even if they manage to fulfil all legal requirements. It is more difficult to register a church than a mosque.

The persecution of Christians in Indonesia has worsened in recent years. Churches that engage in evangelistic outreach are at risk of being targeted by Islamic extremist groups. Extremist groups in West Java and Aceh continue to exert a strong influence on society and politics.

We pray for our brothers and sisters in the beautiful country of Indonesia as they try to live out their faith in the face of religious persecution. We ask that they may sense your presence and nearness in a very real and vibrant manner, and that your Holy Spirit will continue to nurture and comfort them. We ask for authorities to respect all, regardless of their faiths, and especially for Christian converts from other faiths to be able to live and worship freely without fear or oppression.

We lift up Muhammad Kace who is now in prison for his faith, and ask that you protect his life and his well being. May he be treated well and released very soon. We pray for his family, and for other believers who live in fear. We also pray for wisdom and discernment for those in power in the Indonesian government, and ask that your will be done in this country.

We ask these in the name of your son, Jesus.