“The Lord is my rock, my fortress and my deliverer; my God is my rock, in whom I take refuge, my shield and the horn of my salvation. He is my stronghold, my refuge and my saviour — from violent people you save me.”
(2 Samuel 22:2–3) 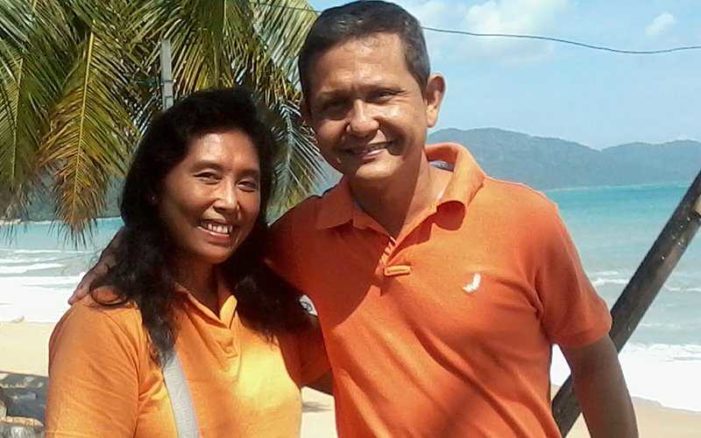 The NGO Human Rights Commission of Malaysia (aka Suhakam) is to resume its inquiry into whether the 2016 disappearance of Pastor Joshua Hilmy and his wife, Ruth Sitepu, was an “enforced disappearance” — that is to say, whether state agents were involved in abducting them.

The family of Ruth said they were encouraged by Suhakam’s commitment to the inquiry: “This public inquiry is our hope of finding our sister Ruth and brother-in-law Joshua.”

Joshua, a Malay from Taiping, Perak who converted to Christianity from Islam, and Ruth, a Batak Christian from Indonesia, were last seen on 30 November 2016 and reported missing on 6 March 2017. The inquiry resumes as their families fear that the government has been delaying efforts to uncover the truth.

Suhakam commissioner, Jerald Joseph, said that they would finalise the dates for the inquiry’s resumption with stakeholders and lawyers after confirming the easing of restrictions enforced in March because of the COVID-19 pandemic. He added that they had planned for 15 days for the inquiry, but this was an estimate that depended on how the inquiry developed.

Before it was postponed because of the restrictions, the inquiry had heard from a witness that the couple were intending to flee the country after receiving threatening phone calls and emails over Joshua’s alleged preaching of Christianity to Muslims and baptizing those who convert. The inquiry also learnt that Hilmy had been baptizing converts since 2011, usually in bathrooms using a showerhead and once in a pond.

Muslim citizens of Malaysia are prohibited from converting to other religions unless they receive the consent of a Shariah court. Islam is the country’s official religion.

Suhakam commissioned a similar inquiry to probe the separate disappearances of Pastor Raymond Koh and social activist Amri Che Mat. They reported their findings in April 2019 — both men were victims of enforced disappearances. They had been abducted by the Special Branch, an intelligence unit of the Royal Malaysia Police.

Suhakam said it was likely that Joshua and Ruth had disappeared for the same reason. Police have denied this allegation.

More than 9 percent of Malaysia’s population of 31.5 million are Christians.

These are difficult times, Lord, even for those of us who are free to worship you without persecution. How much more do your sons and daughters suffer for you in countries like Malaysia, where they must endure bias, hatred, violence and even abduction and death at the hands of those who do not know you.

Lord, we ask you give your faithful in Malaysia an extra dose of your divine peace, strength, fortitude, grace and love to withstand the onslaught of these spiritual, emotional and physical slings and arrows. Lord, endow them with supernatural capacity and ability to stand up to their attackers, knowing you are there with them, Lord, and you are their eternal refuge and fortress and saviour.

Lord, we also ask you touch the hearts of the persecutors, that the scales might fall from their eyes, that they might see you through those they persecute and be convicted of their sinful ways, and cry out and fall to the ground worshipping you as the One True God. And unite this divided land as only you can, oh God.