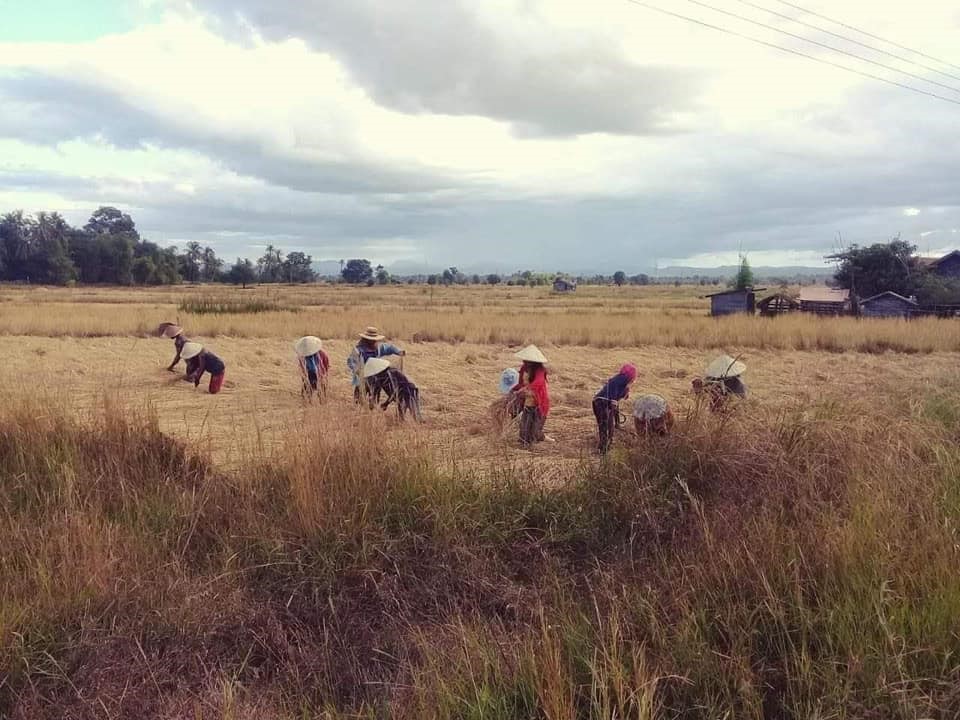 “Who shall separate us from the love of Christ? Shall trouble or hardship or persecution or famine or nakedness or danger or sword? As it is written: ‘For your sake we face death all day long; we are considered as sheep to be slaughtered.’ No, in all these things we are more than conquerors through him who loved us. For I am convinced that neither death nor life, neither angels nor demons, neither the present nor the future, nor any powers, neither height nor depth, nor anything else in all creation, will be able to separate us from the love of God that is in Christ Jesus our Lord.”
(Romans 8:35–39)

Life for Christians under the communist regime in Laos is very tough. The Open Doors estimate of 227,000 Christians in a country of over 7 million face frequent persecution, including forced conversion and imprisonment. According to accounts from believers in Laos, the threats come in the form of community pressure, including from family members, and institutional forms of discrimination from the state and other authorities.

On 15 March, Pastor Sithon Thipavong was arrested for holding a worship service in his village home and was subsequently imprisoned for this offence. It is said that he has led over 400 people to faith in the last year.

On 24 May, a case of family conflict occurred at a church near the capital city, Vientiane. Two brothers, Chan and Huang, were attending a church service when their father burst in, swearing at and threatening them. He demanded that they renounce their faith and sent them away, after which they ended up at their pastor’s home. However, the boys are now back home with their father because of the rice-planting season.

It has also been recently alleged that authorities have arrested four individuals for their faith, including a pastor in Bolikhamsai province in central Laos. This is not the first time that the pastor has been arrested for this reason. This time, it appears that the pastor was conducting a Christian funeral when the authorities arrived and tried to force the congregation to sign documents recanting their faith in Jesus. After refusing to do so, the pastor and three other leaders were taken to the district jail, where they remain.

We pray today for each and every individual in Laos who has accepted you as Lord and Saviour. Might they know that you are with them in the valley, that you go before them, and that you will never leave them nor forsake them.

Lord, we pray especially for the leaders of your church in Laos. Be with them today. By the power of your Holy Spirit, remind them that their life gives you glory and their labour is not in vain. In particular for Pastor Sithon and other church leaders arrested across Laos, may they know today the comfort and peace that can come only from you. We think of their families who anxiously await their return and pray for justice in this situation.  We lift up to you the police, politicians and all those involved in the justice system — we pray that the faith of our brothers and sisters will shine as a light and change hearts and minds for you.

Lord, we gave you thanks that you know the names of every man and woman suffering for your name’s sake in Laos — you know them and you love them. Lord, we pray that this truth will be written on their hearts today and will give them joy amidst the pain.

In the name of your Son, we pray.