“So Jesus answered and said, ‘Assuredly, I say to you, there is no one who has left house or brothers or sisters or father or mother or wife or children or lands, for My sake and the gospel’s, who shall not receive a hundredfold now in this time — houses and brothers and sisters and mothers and children and lands, with persecutions — and in the age to come, eternal life.’”
(Mark 10:29–30 NKJV) 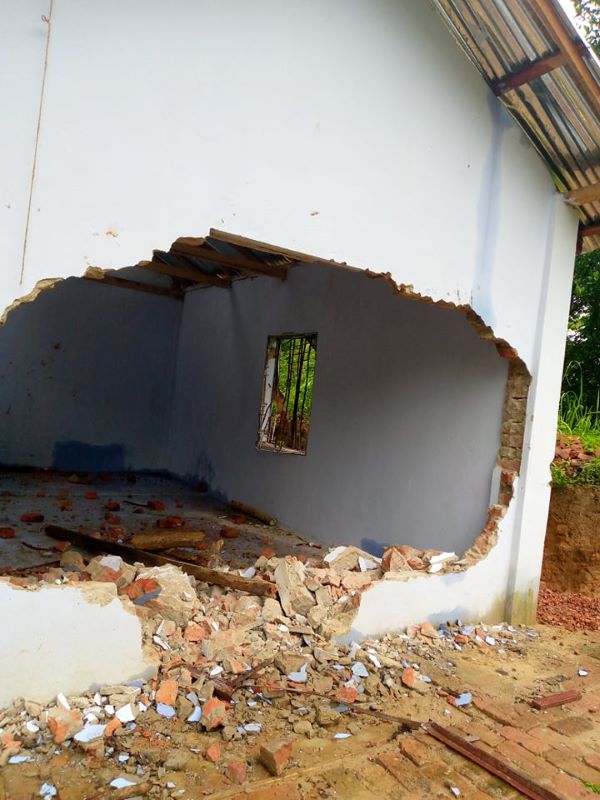 Christians in a southeastern Bangladesh village are living in fear after a group of Buddhist extremists attacked their small Baptist church twice and damaged the building. Local reports said the attacks came after weeks of threats to force church members to recant their Christian faith and return to Buddhism. The Christian residents of Suandrapara village in Rangamati district of the Chittagong Hill Tracts fled after they and the church were finally attacked in July.

The extremists had been angered when the church members built the brick and tin-roofed church in January. The Bangladesh Bawm Tribal Baptist Church had funded this building project, since the Suandrapara Christians, who were previously Buddhists, had been worshipping in a small house since they “met Jesus Christ” in 2005.

The United People’s Democratic Front, a violent political party based in the Chittagong Hill Tracts, led the first attack on 15 July. During this attack, the church gate, cross and parts of the building were broken. The church members were given seven days to stop all church activities and re-convert to Buddhism. A week later on 22 July, the church was again attacked, and a wall, doors, and tin roofing were damaged.

The Christians were told to destroy the church themselves. However, the assistant pastor, Tubel Chakma Poran Adetion, said they refused to comply: “If we have to sacrifice our lives, we will. They threatened us to return to our old religion, but we will not return. Jesus Christ is our saviour. We will die for him.”

Pastor Adetion added that the church did not report the attacks to the police for security reasons: “We are a minority and Buddhists can do anything to us. We want to live in peace with them and discuss things with them.” However, the church may have to seek legal redress against the attackers if the standoff continues.

No mainstream media in Bangladesh reported the incident, but some people have posted about this on social media. The attackers have threatened serious consequences if the incident was shared with the media or the police.

Church leaders in Bangladesh are worried about the attacks. Rev. Leor P. Sarker, general secretary of the Bangladesh Baptist Church Fellowship, said he was concerned about the Suandrapara church members: “There are about 50. They live in fear. Most of them are staying away from their homes to protect their life after the attack. We are praying for the attackers, that they may change their way of thinking and let our people live there in peace.”

Christians represent only 0.4 percent of Bangladesh’s 166-million population, more than 90 percent of whom are Muslim. At the Chittagong Hill Tracts, however, there are roughly equal percentages of tribal peoples who mainly follow Theravada Buddhism and Bengalis who follow Islam. Open Doors ranks Bangladesh at number 31 on its 2021 World Watch List of countries where Christians face the greatest persecution.

Lord Jesus!  May the light that sincere Buddhists seek be found through the gospel witness of the Suandrapara village church. Strengthen your followers, Lord, and let your perfect love cast out all fear. Confirm their witness with signs following. Help them find the people of peace whose hearts are ready to receive the good news of eternal life in Jesus Christ. Change the hearts of those who hate them and you. For you delight over your word to perform it. Amen!