“So do not fear, for I am with you; do not be dismayed, for I am your God. I will strengthen you and help you; I will uphold you with my righteous right hand.” (Isaiah 41:10 NIV) 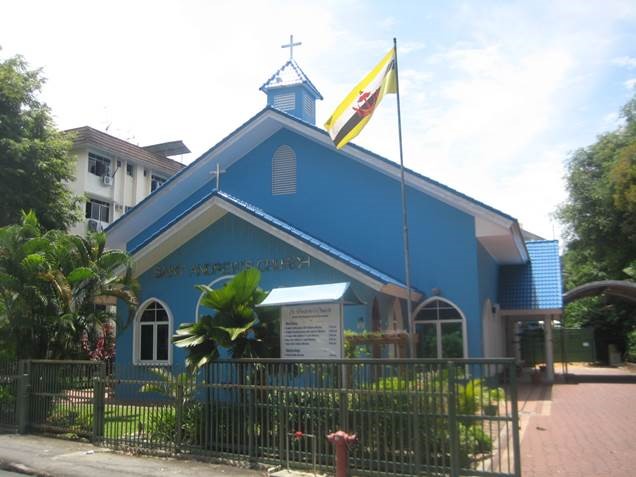 Christmas in 2019 was a low-key affair in Brunei. Most foreign workers left so as to celebrate Christmas outside the country and evade a government-enforced ban on such celebrations. Those who would leave the country usually return after the New Year.

Brunei made celebrating Christmas a criminal offence in 2014. Muslims caught celebrating Christmas festivities face five years in jail and fines of up to US$20,000, or both. The Sultan of Brunei, Hassanal Bolkiah, introduced the ban over fears that celebrating it “excessively and openly” could lead the Muslim population astray. That same year, Brunei adopted a stricter penal code based on Islamic Sharia law.

Brunei is a Muslim-majority nation, which operates under a form of Sharia law that includes punishments such as stoning and amputation. The death penalty can also be imposed for breaches of Sharia law.  All of society including Christians are subject to Sharia laws and are forced to adhere to Islamic customs and rites.

Local imams have promoted the ban on Christmas celebrations, warning that adopting the trappings of Christmas is tantamount to imitation of another faith, prohibited in some interpretations of Islam. In Brunei, conversion from Islam is illegal, and believers from Muslim backgrounds come under intense pressure to return to that faith if they attempt to leave it.

Officials from the Ministry of Religious Affairs have reportedly visited local businesses to ensure they were not displaying Christmas decorations, including Santa hats and banners with Christmas greetings.

Christians living in Brunei can still go to church for special services and celebrate with friends and family at home. Christians can celebrate Christmas within the privacy of their own homes, but only after they have alerted authorities. And, in certain communities with high concentrations of Christians, putting up a few public decorations could be allowed if the authorities are alerted first and if they provide permission.

However, Christmas activities such as singing carols, setting up Christmas trees, exchanging cards and gifts, and decorating the home with Christmas paraphernalia are strictly forbidden to Muslims since authorities believe they might damage the Islamic faith of Bruneians.

All churches, including registered ones, face restrictions and are closely monitored by the authorities. Non-traditional Christian communities cannot register as churches, but must register as secular organisations.

Dear Heavenly Father, we lift up your sons and daughters in Brunei who serve you faithfully. Please provide them with an extra dose of your peace, strength and courage to face those who persecute them and discriminate against them because of their faith. May they shine your light in the darkness of this strict Islamic culture. And may their persecutors see you in them, Lord, and convict them of their sins against the faithful and you, so that they recognise you as the one true God, and fall on their knees to ask your forgiveness. Please also touch the hearts of the government and Sultan of Brunei and let them see you as the one true King, and as the only one who can bring unity and peace to their divided land. We ask this in the name of your Son, Jesus Christ. Amen.